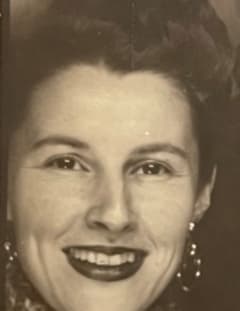 Barbara Chandler, 93, formerly of Peabody, passed away Monday, June 28, at the Hunt Nursing and Rehabilitation Center in Danvers, following a brief illness.
Barbara was born on April 6, 1928, in Berwick, ME, daughter of the late Merton and Susie (Ricker) Burell. Prior to her retirement, Barbara had worked in Quality Control at Varian in Beverly.
Barbara had been an active member of the Second Congregational Church in Peabody, where she was a Sunday school teacher, and a member of the Ladies Aid Society. She enjoyed crafts, knitting and crocheting, making personal gifts to give people. She was a hard worker, who always went out of her way to help anyone she could, without making it known, and always took care of her family, and will be sorely missed by all who knew her.
She is survived by her children, Gail and Robert Harris of Peabody, Norman T. Chandler, Jr. and his wife Holly of UT, Robin and Alston Middleton of Charleston, SC; her grandchildren, Robert Harris, Jr., Robin Caito, Thomas Chandler, Colleen Rue, Scott Chandler, Philip Middleton III, Ruth Middleton; her great-grandchildren, Noah and Samuel Caito, Scott Harris, Sydney and Jake Rue; her sister, Natalie Coffin, and several nieces, nephews, and friends.
Services for Barbara will be private at a later date. Memorial contributions may be made to the American Cancer Society, 30 Speen Street, Framingham, MA 01701, Salvation Army, 93-95 North Street, Salem MA 01970, or the Northeast Animal Shelter, 347 Highland Ave., Salem, MA 01970.

Gail and family , I am so sorry for your loss.
- Donna Morgan

Our favorite Sunday School teacher, Barbara was an inspiring example of what a wonderful woman should be. I've thought of her many times in my life, and was truly pleased to see and briefly chat with her and Gail at Market Basket not that many years ago. She seemed genuinely pleased to see me with my young son and daughter after so many years. A gracious lady. So sorry to hear of her passing.
- Mark LeCain
Gail, Norm, Robin...deepest sympathies on the passing of your mom. I have lovely memories of her during our childhood years on Norfolk Ave. How fortunate you were to have her for so many years and now that she has earned her wings, she will continue to watch over all the Chandler clan.
- Sheila White D’Ambrosio