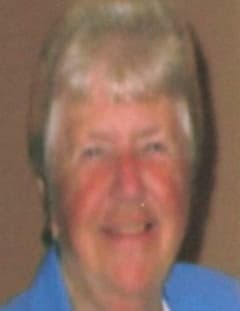 Bernadette E (Girard) Augusto, 95, of Ipswich and formerly of Peabody, and St. Petersburg, FL, passed away on Tuesday June 15, 2021, at her home, following a brief period of declining health. She was the wife of the late William Augusto with whom she shared many years of happiness through travel, golf, cruises, vacations in Florida, and hosting family parties and holiday gatherings at their home in Peabody

Born in Salem, MA on January 27, 1926, she was the daughter of the late George and Marie (Beaudin) Girard. She was raised and educated in Salem and was a graduate of Salem High School.

“Berny” was employed for many years as a bookkeeper and administrative assistant in the insurance industry and upon her retirement she became active in several women’s golf leagues and social clubs. She loved bingo, the Red Sox and an occasional trip to Foxwoods, but mostly loved tome spent with her dear friends, many of whom were lifelong, and her beloved nieces and nephews and their devoted children.

She leaves many nieces, nephews, and great nieces and nephews and several close friends. She was predeceased by her brothers Condi and Donat Girard, her sisters, Margaret Wilson, Rita Sparfeld, Simone Sullivan and Jeannette Gear.

Relatives and friends are invited to attend a Mass of Christian Burial on Thursday June 24, 2021at 10:00 AM at St. John’s Church, Peabody. Burial will be in St. Mary’s Cemetery, Salem.

In lieu of flowers, donations may be made in Bernadette’s name to Care Dimensions Hospice and Palliative Services of Danvers, or the Town of Ipswich Council on Aging/Friends of the Ipswich Elderly, both of which were extremely kind and caring toward her, which was truly appreciated by her and her family.

I didn't know you for a long time but the time I spent around you made an impact on me. I enjoyed our talks about golfing. I will miss you. My condolences to the family and friends. Jackie
- Jackie Hayward

I will miss talking with Aunt Berny on the phone, she always had a smile in her voice. The few times we could get together were happy times. Rest in Peace Aunt Berny and give hugs to my Mom Margaret and to all the family in heaven. Will sure miss you. Love, Annie Hackett
- Ann M Hackett
We are so very sorry to hear of Bernie's passing. She was a lovely woman and our neighbor. My husband John did work for her and Jeannette around the house. John & Holly Doyon
- Holly & John Doyon