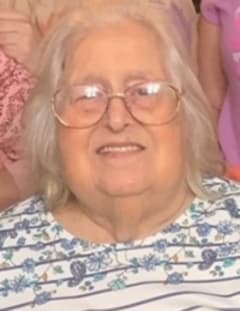 Obituary For Biondina B. Silveira

Born and raised in Graciosa, Azores, Portugal, she was the daughter of the late Carlos C. and Marianna (Mendonca) Bettencourt.

Affectionately known as “Vovo” she came to the U.S. in 1967 with family to make a better life for them. He husband passed away six months later in 1968.

Vovo put her family before herself, the moment she decided to emigrate from her island of Graciosa. Here in America, she made Peabody her home and surrounded herself with her children, grandchildren, great-grandchildren and extended family.
Before large celebrations, Vovo would spend hours preparing loaves of sweetbread, plates of rice pudding and delicious Portuguese pastries, always making more than enough for each family member to bring home to enjoy.

Vovo not only loved to bake and cook, but she also took pride in her garden and had quite a green thumb. Her back yard is like a tropical oasis, with fig, peach, apple and pear trees, veggies in the summer and fall and rows and rows upon rows of gorgeous flowers. Vovo shared her love of nature with those around her, always offering bags of fresh grapes to share or small cuttings from houseplants to repot.

She had been employed for many years as an assembler for GTE Syvania at it’s Loring Avenue plant in Salem until the time of her retirement.

She was a longtime parishioner of Our Lady of Fatima Church in Peabody and a member of the Holy Ghost Society.

She is survived by a daughter, Maria Ferreira and late husband, Arlesio of Peabody, a son, David M. Silveira and his wife, Filomena of Peabody, five grandchildren, Rick Ferriera and his fiancé, Tacey LaRiviere, Melissa Silveira Guiamaraes, David Silviera Jr. and his wife, Vanessa and the late Kenny Ferreira and his wife, Lucia Ferreira, eight great-grandchildren, Kyle, Rick Jr., Nicholas, Kenna, Kinsley, Bo, Sophie and Mason and many nieces and nephews. She was also the sister of the late Maria, Anna, Rosa, Aldina, Amelia, Fransisca, Edevis, Antonio and Hermino.

ARRANGEMENTS: Visiting hours will be held at the Conway Cahill-Brodeur Funeral Home, 82 Lynn St., Peabody, Thursday, June 24, 2021 from 9 to 11 a.m. followed by a funeral Mass at St. Thomas the Apostle Church, 1 Margin St., Peabody, at 11:30 a.m. Relatives and friends are invited to attend. Burial in St. Mary’s Cemetery, Salem.

Filomena and David, For you and your family, my sincere condolences. May Biondina's soul Rest In Peace. Prayers for strength and love to help you through these difficult times. 💕💗
- Olga Barros