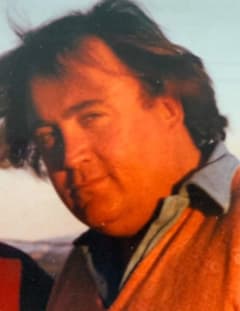 Charles Brian Chambers of Peabody passed on June 10th after a long illness. Born and raised in Lynn, Brian attended St. Joseph’s elementary school in Lynn and graduated from St. John’s Prep in Danvers in 1959. He also attended the New Hampton School and the University of Connecticut.

Brian was an accomplished athlete and played hockey, golf, and football in high school and college. He also coached Swampscott High School Hockey in the early 1970’s.

Brian worked in the insurance industry for nearly 60 years, and was an active member of the Lynn YMCA, serving on the Board of Directors in the 1980’s.

ARRANGEMENTS: His funeral service will be held at the Conway Cahill-Brodeur Funeral Home, 82 Lynn St., Peabody, Tuesday, June 15, 2021 at 1:00 p.m. followed by a gathering at the Hawthorne Hotel, in Salem MA, open to guests at 2:30 pm. Visiting hours on Monday from 4 to 7 p.m. Relatives and friends are invited to attend. For directions and online guestbook, please visit www.ccbfuneral.com.

Remember him well...he did so much in life for his family and the community...Henry McIntosh
- Henry H McIntosh
Our deepest sympathy in the loss of such a great guy, who was always there for us. Much love to Elaine & the family during these difficult days. Thanks for being such wonderful neighbors. Drop by anytime. Sincerely, Betty & Fred Baumann, Barb & Dominic Drago
- Betty & Fred Baumann

- Helen and Pat Curtin
Brian Chambers a real good guy. Going to Vegas and his infamous trips to the Patriots games. I will miss him
- Paul Christoforo