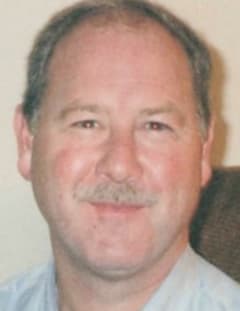 Craig Addison Fader, also known as "Cap,", a proud husband, father, grandfather, brother, and uncle passed away after a lengthy battle with Alzheimers at the age of 73 on May 14, 2021 with his family by his side.

Craig was the son of the late Walter N Fader and Hattie (Williams) Fader. He was born on May 21, 1947 in Salem, MA. He attended Marblehead public schools graduating in the class of 1966. He later graduated from Salem State College with a degree in Business Education in 1976.

He devoted many years to Delta Airlines, and upon retirement he worked part time at the Meadows Golf Club in Peabody where he was also an avid golfer. Within his golfing career, he accomplished two Hole-in-Ones and won first place in his Senior League.

Craig was a Vietnam Veteran who served with the Green Berets and ended his service with the rank of Sergeant. He was proud of the service he completed for his country and all who knew him thank him for his service. He was awarded the Army Commendation Medal.

Craig spent many special years with his wife and best friend, Elizabeth "Beth" Fader, whom he was married to for 48 years. Both Craig and Beth spent many years at their second home on Sebago Lake where he loved fishing, boating, and golfing, as well as being a part of the Naples Golf Club. He especially loved spending quality time with his wife, daughters, and grandchildren whom he cherished so much. He leaves an everlasting impact on everyone he came across with his unforgettable jokes, funny sayings, and always positive attitude. Craig always had a warm smile for all who met him.

Craig is survived by his wife, Elizabeth Fader, his daughters, Sara Fader and Kate Fader, his grandchildren, Julia Fader-Laskin, Isabella Indrisano, Kayden Indrisano, and Tyler Indrisano. He leaves behind his older brother, Nick Fader, and his wife Susan, as well as his younger brother Mark Fader and his wife Holly. He also leaves behind many nieces and nephews, Eric Fader, Dean Fader, Sean Mahoney, Brian Mahoney, and Kelli (Mahoney) Bedard.
He is also predeceased by Ryan Walter Fader, whom his family is confident greeted him with one of his famous bear hugs.

A funeral service with Military honors will be held on Friday, May 21, 2021 at 1:30 PM at the Veterans lot in Waterside Cemetery,294 West Shore Drive Marblehead. MA. Expressions of sympathy may be made to Care Dimensions, 75 Sylvan St., Danvers, MA 01923 in his memory. Assisting the family with arrangements is the Conway, Cahill-Brodeur Funeral Home 82 Lynn St., Peabody MA. For online obituary and guest book, visit ccbfuneral.com.

My deepest condolences to your family over the loss of this wonderful gentleman. I worked with Craig at Delta for several years, and he was always a gem of a guy. I remember his constant smile and love for his family. May the comfort of happy memories sustain you in these hard days.
- Joyce DeSanctis

I worked with Craig at Delta Airlines for many years. He was one of those people who you can truly say was a "great guy". He will be truly missed by all. My condolences to your family.
- Edith Coughlin
I am so sorry to hear about Craigs passing. I worked with him for many years at Delta and he was such a gentle & kind soul. Craig will be missed by so many. Sending prayers for his entire family.
- Sandy Lenk - Garzia
Dear Beth and Family, I am so sorry to hear of Craig's passing. I am holding you in my heart as you navigate this sad time.
- Chris Sherwood
He was a good friend and neighbor. I always enjoyed talking with him he always took time out to come across the street and talk to my dad. You will be missed Craig.
- Solano Family
My deepest sympathy to the Fader family at this time of loss, of gathering together with hearts full of love and memories. Love & hugs to all. ~ Sherry Ann Carmichael
- Sherry Ann Carmichael

I did not know him personally, but I know how much he meant to the Fader family. I'm sending my deepest condolences to them and he's always going to be with them for the rest of their lives. ❤️
- Kaylee Pliszka