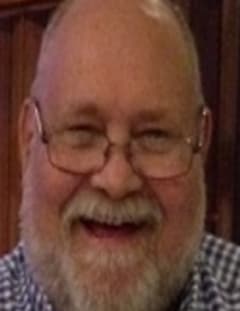 Donald W Raphael, 70, of Peabody, transitioned peacefully on Tuesday May 4th at Lahey Hospital in Burlington.

Born in Beverly, he was the son of the late Ralph and Dolores (Barlow) Raphael. He was raised and educated in Peabody and was a graduate of Peabody High School, class of 1969. Donnie was quite the athlete and was captain of the football and basketball teams.

Following High School, he enlisted with the United States Army and served his country for four years during the Vietnam War before his honorable discharge in 1974.

He later pursued his love for the arts and attended both, Montserrat College of Art and Salem State College, graduating with Degrees in Art and Teaching.

Don was an art teacher for about 30 years at the Higgins Middle School. His passion for all of his students and the people around him flowed into his artwork and many friendships. He left a lasting impression on countless students during his tenure at Higgins. He loved spending quality time cracking jokes and laughing with his family and friends. He enjoyed movies and listening to all genres of music and attended countless live shows throughout his life.

Donald is survived by his three sons, John Raphael of Phoenix, AZ, Luke Raphael of White Mtns, NH, and Chad Raphael of Peabody, his daughter, Kayla and her husband Christian Hayes and their son, Cooper of Danvers, his former wife, Denise Raphael of Gloucester, his two brothers and sisters-in-law, Ralph and Judy Raphael of Dracut, and Chris and Marie Raphael of Boxford, his two sisters and brother-in-law, Susan and Simon Mielniczuk of Ottawa, Ontario, Canada, and Cheri Matthews of Marblehead, and is also survived by many nieces and nephews.

In lieu of flowers, donations can be made on the Go Fund Me page above this obituary

Donnie was such a handsome and jovial friend in high school. Both of my children adored and admired him as their art teacher at Higgins Middle School. Our daughter scored 1,000 points at PVHS. Donnie decorated her basketball, which we will always cherish. I was thrilled when he attended our 50th high school reunion. It was so much fun talking and joking with him about our memories. Donnie will always be a much loved and admired friend. May you rest in peace, Donnie. Maureen (Conrad Delpero)
- Maureen Conrad Delpero

Donnie you will be sorely missed. You were a great friend and when we ran into each other we would always have great conversations. RIP Donnie someday we will all be together.
- Cathy (Conway) Silveria
We shared many happy times in high school. Victory dances (a.ka. Spirit Dances) at the VFW after Sunday football games, Rocci Post, the Courts...we could go on and on. That is how I will remember you, Donnie. Rest In Peace . Love , Patty ( Kerkorian ) Nizwantowski
- Patricia Nizwantowski
Donnie we will all miss you and your humor. It is always sad to see a friend leave us. My sincere condolences to all of Donnie's family and friends. May our memories keep him alive for us., Mike Kravchuk
- Mike Kravchuk