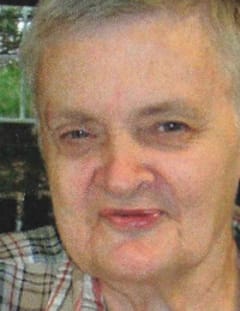 Obituary For Dorothy A. (Klemczuk) Slysz

Peabody-Dorothy A. (Klemczuk) Slysz, 81, beloved wife of the late Stanley Slysz Sr., passed away peacefully on Wednesday, April 28, 2021 at the Pilgrim Rehabilitation and Skilled Nursing Center. Born in Salem on January 16, 1940, she was the daughter of the late Julian and Cecilia (Pavenski) Klemczuk. She was raised in Peabody and graduated from Peabody High School in 1957.

Dorothy had been employed at Edith Nourse Rogers Memorial Veterans Hospital where she worked as an administrative assistant for many years.

Mrs. Slysz enjoyed many crafts, including plastic canvassing and sewing. She was a talented sewer and would make most of her own clothing. She also enjoyed playing bingo at St. John the Baptist Church.

She is survived by her son, Stanley Slysz Jr. of Salem, her granddaughter, Melanie Mertsch of Peabody, her niece, Lisa Vieira of CA., and her sister-in-law, Carol Webber of Ipswich. In addition to her husband and her parents, Dorothy was predeceased by her brother, John “Jumbo” Klemczuk, and her sister, Cynthia MacClellan.

Contributions may be made in her memory to a charity of one’s choice.