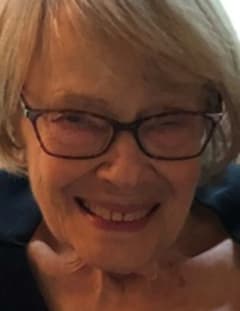 Raised in Lynn, Helen was co-owner for over 25 years of Parkland Pharmacy in Lynn along with her husband John, late brother-in-law Charles Spyropoulos and sister-in-law Stella (Agganis) Spyropoulos.

Born in Athens, Greece, Helen immigrated to Lynn at the young age of three, traveling by boat on the S.S. Byron from Pireas, Greece via New York in December 1934. Fiercely independent at a young age, she was proud to have saved up enough money from odd jobs as a teenager to buy a used bike. Cycling around town, she relished her newly found freedom, much to the displeasure of her parents. During her high school years, Helen worked at the Lynn Public Library where she admired the library’s beautiful classical architecture and learned to appreciate her Greek heritage. Helen attended St. George Greek Orthodox Church and she played on the church basketball league as point guard. After high school, she attended Boston University for two years with her childhood friend Ellie (Bougas) Anezis. Helen studied merchandising and earned an associate degree.

Helen claimed to have been among the first of her peers to “discover” the Cape when she and three college-aged friends from Lynn spent their summer in Bourne waitressing at Byron’s Seafood Restaurant. During her time in Bourne, Helen relished the warm waters off Cape Cod, so much that she and John eventually summered at a family house in Mashpee with her brother-in-law and sister-in-law, Charles and Stella.

After the death of her father in 1951, Helen worked at GE to support her widowed mother. Self-described as a non-mathematical person, Helen proved herself wrong by working alongside GE engineers to transcribe and graph technical data for aircraft engines.

Helen met her future husband John at Pansamian Hall in Peabody, where she would often sneak into the Greek dances with her friends. One night, she got a tap on her shoulder and was busted by one of the organizers, John, who thought she was cute and insisted that she pay the admission fee, as a ruse to meet her. From that point on, John donned her with the nickname of “Tickets.” They started dating and eventually married in November of 1953.

A fervent shopper, Helen enjoyed the hunt of the elusive bargain. Whether it was finding the lowest gas prices on the North Shore, hunting for the latest designer-label clothing at Loehmann’s or Filene’s Basement, or bartering with the faux jewelry sidewalk vendor on a Parisian street, she always made sure that she got the lowest possible price, sometimes to the embarrassment of her husband and family. “Never ever pay retail,” she would often say. The poor (double entendre) vendor across the counter didn’t have a chance!

Although a reluctant traveler, Helen did expand her horizons beyond New England with the encouragement of John. She was fortunate to travel to Greece, France, Jamaica and Aruba with friends and family. Helen particularly took advantage of the interesting shopping venues in her travels. Although she enjoyed her trips, her favorite part of the trip was coming home, especially with her suitcase full of shopping conquests.

An elegant woman who used any excuse to dress up, she appreciated life’s finer things; nevertheless, she was athletic at heart. Besides playing basketball in her church league, she enjoyed skating on the frozen ponds of the North Shore. One memorable cold and snowless winter day, Helen helped organize a skating outing at a pond in Hamilton. Since Helen was the only mother who could drive a stick shift, she was designated as the driver of a borrowed van for a group a dozen family friends.

Helen and John enjoyed playing tennis with family and friends. A few times they organized mixed-doubles tennis tournaments at their indoor tennis club in Danvers with a group of about 12 to 15 couples. Like all typical Greek gatherings, the tournaments were centered on plenty of food and drink, and even included a trophy for the winner.
Helen especially loved going to the beach and swimming in the ocean. Her fondest memories included frequently meeting up with a large group of friends and their families at Wingaersheek Beach, her favorite beach. The tribe would spend the whole day feasting on breakfast, lunch and maybe dinner, with some swimming and clamming sandwiched between meals. Helen’s specialty was organizing breakfast for the huge close-knit group. With her childhood friend Claire (Tsorvas) Bougas responsible for the coffee, Helen cooked eggs on the perpetually stoked beach grill. Helen was legendary for her graceful dives off the rocks of Wingaersheek Beach at high tide with her children and the local beachcombers.

Helen loved to cook and experimented with recipes of all types of cuisine. She took ever greater pleasure in feeding her family, especially her grandchildren. Helen was especially loved for her hospitality and Greek specialties, such as spanakopita and keftedes, handed down to her daughter Christine. Helen’s most famous and oft-repeated line at the dinner table was, “Have some more.” One would not dare to leave her house with an empty stomach.
Not an animal lover for most of her life, Helen changed her mind when she fell in love with her three grand dogs: Butterscotch, Lulu and Lía. They provided comfort to Helen in her final days with their unconditional love.

A private graveside service was held on Saturday, May 15, 2021 at Pine Grove Cemetery in Lynn. In lieu of flowers, donations may be made in Helen’s name to St. Jude Children’s Research Hospital (www.stjude.org).