Henry T Graham, 98, of Groveland and formerly of Peabody and Salem, died Sunday morning surrounded by his family at the Kaplan Family Hospice House in Danvers following a brief illness. He was the devoted husband of the late Blanche (Connell) Graham.

Born in St. John’s New Brunswick, Canada, he was the son of the late Harold and Blanche (Grant) Graham. He was raised and educated in Peabody, later lived in Salem and has spent the last few years living in Groveland.

Henry was a veteran of World War II who served with the United States Navy as a medic and was honorably discharged in 1946.

Following his discharge from the Navy, Henry started his 40-year career as a certified boiler engineer at General Electric and retired in 1987.

He was a member of the Peabody Elks and Amvets Franco American Club in Lynn as well. He enjoyed playing golf at various courses throughout the east coast from Massachusetts to Florida and beyond. He also enjoyed going to Walt Disney World with his family and later he wintered in The Villages.

Henry is survived by his daughter and son-in-law, Linda and Scott Twomey of Groveland, his brother, James Graham of Alabama, and by his beloved four grandchildren, Matthew and his wife Nicole, Kevin, Greg, and Colleen Twomey, and his great grandchildren, Henry and Jack Twomey. Besides his loving wife, he was predeceased by his son Michael Lee and his siblings, John and Maurice Graham, and Frances Gaudet.

Visiting hours will be held on Friday from 11:00 AM until 12:30 PM followed by his Funeral Service at 12:30 PM at the Conway, Cahill-Brodeur Funeral Home, 82 Lynn St, to which relatives and friends are kindly invited to attend. Burial will be in Puritan Lawn Memorial Park, Lake St, Peabody. 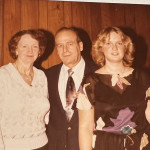 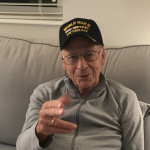