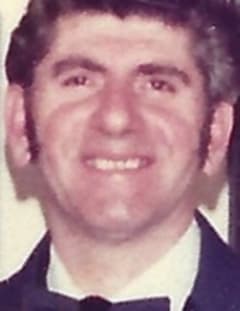 Nicholas (Nicky) Gianakakis, 85, of Peabody, died early Thursday morning at the Lahey Clinic in Burlington following a brief illness. He was the devoted husband of the late June (Lamont) Gianakakis and lived in Peabody for the past 35 years.

Born in Ipswich, he was the beloved son of the late Andrew and Viola (Pappas) Gianakakis, and brother to the late Elaine Gianakakis. He was a graduate of Ipswich High School and a manager for his family’s restaurant, White Cap Seafood in Ipswich for many years before retiring.

Nicky is survived by his brother and sister-in-law, Charles and Rosalie Gianakakis of Ipswich, and his wife’s children, Allan Ireland of Peabody, Allison Whitaker of Saugus and Janet Angus of Lynnfield. He is also survived by several nieces and nephews.

A private graveside service was held at Cedar Grove Cemetery in Peabody. Expressions of sympathy can be made in his name to St. Jude’s Children’s Research Hospital, 501 St Jude Place, Memphis, TN 38105 or at www.stjude.org

My deepest condolences to his family. May his memory be eternal
- Kathy Aggelakis