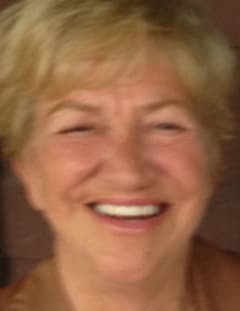 Peabody - Patricia P. (Smith) Mirarchi, Age 73, beloved wife of Gerald S. Mirarchi with whom she shared 39 years of marriage, passed away peacefully at her home on Monday, July 5, 2021, surrounded by her loving family.
She was the daughter of the late Paul and Rita (Kenny) Smith.

Pat was born in the West end of Boston on December 5, 1947, where she attended St. Joseph’s School and then after a family move for her father’s employment, she attended St. Aloysius in Cleveland, Ohio. Her family returned to Massachusetts and Patricia became a graduate of North Cambridge Catholic High School Class of 1965 and went directly to work after graduation. She was employed for many years with Allied Plywood/Allied International of Charlestown, MA. as a salesperson where she forged many friendships which she still has today, especially Maire Long.

A special thank you to so many who have reached out to Pat over the last two years and for all the kindnesses from so many, especially at the Arboretum. Also, for the tremendous care Pat received from the Cancer Center, Stoneham, MA.

No one loved life more than Pat! I have so many fond (always crazy and fun) memories of our times together. My thoughts and prayers are with Jay and her family. Lucille Ferragamo
- Lucille Ferragamo
Ever since the first time I met Pat I knew she was a real person, no flies on her! There isn't enough space to say how awesome she was, always full of spunk and laughter, and love. OMG the love you could see between Pat and Jay was glorious and the happiness she had when Chrissy and Larry moved into the Arboretum was contagious, Dave and I thought the world of her and will smile with the fond memories of conversations we shared. I can see her stopping at Rainbow Bridge and saying "C'mon Spike, let's go see if there's rabbit poop in heaven" With love, Donna and Dave
- donna elliott
Pat What I will remember most is when Chris and Larry went away for a weekend and the boys threw a party I called you and I said Pat and you said to me how bad is it and I said bad you came right over and within minutes the house look like no one even lived in it and let's not forget when you visited Chrissy at Saint Francis school and you wanted her to go on the PA system and announce that there was pizza in the office . You were a special lady who I'm glad I got to know. Rest In Peace
- Sandra, Dukey & Mary B

Sending all our love and prayers to Pat's family & friends. Wishing you peace to bring comfort, courage to face the days ahead, and loving memories to forever hold in your heart. Pat was a special & fun-loving soul who will be deeply missed. I'll be forever thankful for the time we had with her. Rest in Eternal love and peace, sweet Pat. Love, Brenna and Brad Sansing
- Brenna Sansing

Sending all of our love, prayers, and sympathy to Gerald and the whole family. We loved our cousin-in-law so much, and will cherish our many fond and fun memories of our time with her. Rest in love and Peace Pat. Shelli and Jimmy Needham
- Shelli Needham

My deepest condolences to the entire family during this most difficult time in your lives. Pat was a great person to everyone she met. She was smart, funny, witty and most of all she was loved by so many. She had a beautiful soul and a strong personality and we all got the privilege of knowing her. Rest In Peace my friend. Love Pam Feela
- Pamela Saro-Feela