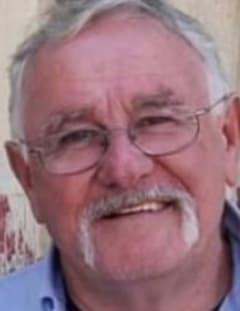 R. Peter McGonnell, 80, of Peabody, passed away Friday morning at his residence following a lengthy illness. He was the beloved husband of Diana (Foisy) McGonell.
Peter was born on August 4, 1940, in Lynn, MA, son of the late W. Thomas McGonnell and Mary (Boisseau) McGonell. He was raised and educated in Lynnfield.
Prior to his retirement, he served as a firefighter and mechanic for the Lynnfield Fire Department, a career that he took immense pride in. He was also a member of the Boston Fire Museum, Box 52, New England Fire Apparatus Maint. Assoc, Lynnfield FireFighters Relief Assoc., he served as a past president of Local 2472, Massachusetts Institute of Fire Department Instructors. He was also recognized by the Fire Department of New York City for his dedication and friendship. He will be sorely missed by all who were fortunate enough to know him.
Besides his loving wife, Diana, he is survived by his daughters and their spouses, Tracy Dunajski and her husband Michael of Peabody, Wendy Mutti and her husband Michael of No. Reading; his grandchildren, Devon and Molly Dunajski, Matthew, Samantha, and Alyse Mutti, his cousin John and Deborah McGonnell and many nieces, nephews, and friends. He was predeceased by his brother J. Kelly McGonnell.
Visiting hours will be held on Thursday, July 22, from 9A.M – 12P.M., at the Conway, Cahill-Brodeur Funeral Home, 82 Lynn St., Peabody, followed by a funeral service in the funeral home. Burial will follow at Puritan Lawn Memorial Park, in Peabody.

I'm so sorry for your loss. Cherish your memories. Janice Comeau Patrizz
- Janice Comeau Patrizz
To the McGonnell and Foise family, we are so sorry for your loss. I first met Peter while doing pump tests on the fire trucks. I saw Peter walk into a Bonker's birthday party for Devin, my daughter's friend; what a small world when I learned he was Devin and Molly's grandfather. I always enjoyed hanging with Peter at Tracy's house on the farm, or at car shows with all the Foises. We had a lot of fun. May God watch over you all during this tough time. Always remember the memories you have. Sorry again, Joe Valente and family
- Elaine Valente
Sincere condolences to Diana, Tracy, Wendy and their extended family on Peter's passing. May you Rest In Peace dear Peter. 🙏🏻
- Belva Anoli

Peter was a good friend worked with him as a firefighter in Lynnfield for many years. Peter was a great husband & father. He will be deeply missed by all. My condolences to his family and to his wonderful wife Diane. Rest In Peace my friend 🙏
- John C Rawcliffe

One of the best kind of friend you could ask for. The Best of the Best story teller. A wealth of knowledge and willing to lend a helping hand anytime. I've known Pete for over 50 years; Riden thousands of miles on our bikes (with Kelley & cousin John); And bought and restored a 1943 Mack Fire Truck with the help from Pete. I am proud to call Pete my Friend....Miss You Buddy.....
- Ron & Deb Skinner
Pete was one of the best drivers and friend . I KNEW HIS Mother father and uncle- my condolences to Diana and children
- Bob and sandy aldrich
I didn't have the pleasure of knowing Mr McGonnell, may God rest his beloved soul. But i do have the privilege of knowing his granddaughter, national park ranger Devon so I know he was wonderful. God bless you dear family. Praying with you from Jamaica
- Audrey Peterman