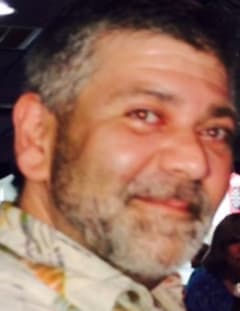 Obituary For Ricky A Voisine

Ricky A Voisine, 57, of Peabody and formerly of Salem, died Tuesday afternoon at the Lahey Clinic in Burlington following a brief illness. He was the devoted husband of Mary Ann (Hogan) Voisine with whom he shared over 22 years of marriage.

Born in Salem, he was the son of Imogene (Huntley) Voisine of Amesbury and the late Joseph D Voisine. He was raised and educated in Salem and was a graduate of Salem High School, class of 1981. He has lived in Peabody for the past 26 years.

Ricky was employed with Thermal Circuits in Salem for over 40 years as a Sales and Design Engineer.

Ricky enjoyed playing cards, especially Risk and played in many Risk Tournaments throughout the area. He also was an avid sports fan and enjoyed watching all of Boston’s professional sports teams.

Besides his loving wife Mary Ann, he is survived by his beloved two daughters, Caitlin and Ashley Voisine of Peabody, his sisters, Victoria Voisine of Amesbury and Tracy Infantino of Bradford, his niece, Toni Infantino, and by his two grand nephews, Dante and Sidney Hawkes. He was predeceased by his brother Kurt Voisine.

Family and friends are asked to gather for celebration of life on Sunday May 23 from 2:00 PM until 6:00 PM at the Spare Time Tavern at Metro Bowl, 63 Foster St, Peabody. Arrangements were made by the Conway, Cahill-Brodeur Funeral Home, Peabody.

I had the distinct pleasure and privilege to work beside Ricky for well over 30 years. Ricky will always be remembered as wise, creative and caring. In my eyes, Ricky was like Fred Rogers "the neighbor beyond compare" and Ricky's passing has created an emptiness that cannot be filled. - K.M.M.
- Kevin Mooney

He is now resting in peace
- Lorraine Butler