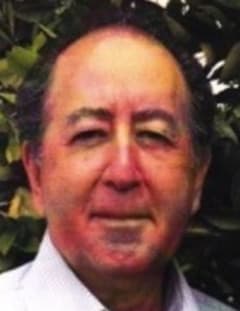 Stephen T. Mugglebee, Esq., 78, business owner, teacher and author, passed away peacefully after a long battle with Parkinson’s on Sunday, June 27, 2021 at the home of his longtime friend and caregiver, Anita Cormier Cross.

Born in Boston on August 23, 1942, he was the son of the late William Samuel Mugglebee and Harriet Lydia (Archung) Mugglebee. He spent his early years in Massachusetts, e.g. Malden, Beverly and Manchester-by-the-Sea. After Stephen graduated from Salem State Teachers College, he returned to his beloved Beverly High School alma mater as a teacher and basketball coach. Later, with his wife, the late Sharon Marie (Russell) Mugglebee, they moved to California.

Stephen was a Parole/Probation Officer while he studied law in Los Angeles. After passing the California Bar he moved to San Diego and set up his law practice. For a number of years, he owned an electronics company that supported ships in the San Diego Naval Shipyard. Stephen enjoyed traveling and visiting his many friends and extended family. It is reported that he had been seen paddling a kayak in Puget Sound, hiking on trails at Crescent Lake and Hurricane Ridge in Washington state, also fishing and digging clams here in Gloucester.

Stephen took to writing after he retired and published two books, “Mackenzie Heat” and “The Greatest High School Class Ever”. He was in the process of finishing a third book, “Pappyland” that he had worked on for many years before his failing health precluded getting that published.

Funeral services will be privately held at the convenience of the family. Expressions of sympathy may be made in his memory to Beacon Hospice, 290 Merrimack St., Suite 242, Lawrence, MA 01840 or to the American Parkinson’s Assoc., 72 E Concord St., Boston, MA 02118.