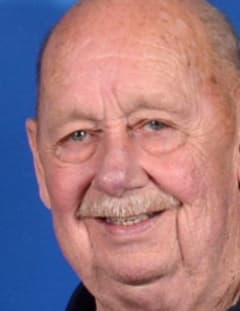 Obituary For Steven A. Connolly

Steven A. Connolly, age 70, of Lynn passed away on Thursday, June 10, 2021, at the Kaplan Family Hospice House in Danvers surrounded by his loving family. He was the devoted husband of Frances (LaVacca) Connolly with whom he shared 49 years of marriage.

Born in Lynn on June 13, 1950, he was the son of the late Thomas and Mildred (Nicholson) Connolly. Steven was a lifelong Lynn resident and graduated from Lynn Trade High School, class of 1968.

An honorably discharged veteran, Steven served his country as a member of the U.S. Navy during the Vietnam War and retired from the Seabee Reserves.

Mr. Connolly worked for many years as a maintenance mechanic for the South Boston Post Office, until the time of his retirement in 2016.

Steven enjoyed vacationing on the Islands and taking long walks in Gloucester and Newburyport with his beloved wife. He also loved boating, fishing, playing cards with his cousins and his scratch tickets. What he cherished most, was spending time with his children, grandchildren and holiday dinners with extended family. He was a loving husband, father, grandfather, brother, uncle, friend, and neighbor who will be missed by all who knew him.

In addition to his wife, Steven is survived by his daughter, Michelle and her husband, Dwight Flewelling Jr. and his son, Michael Connolly; his grandchildren, Matthew, and his fiancé MacKenzie, Alexa, Allison, Samantha, Jackson, and his grand-dog, Tessie; his sisters, Carol Sahovey, and Debra and her husband, Tony Gironda; his sister-in-law, Suzanne, and brother-in-law, Richard, and his wife Maria. He is also survived by many nieces and nephews. In addition to his parents, he was predeceased by his brother, Thomas Connolly.

Arrangements: His funeral service will be held at the Conway Cahill Brodeur Funeral Home, 82 Lynn St., Peabody on Tuesday, June 15, 2021, at 11:00 a.m. Relatives and friends are invited to attend. Visiting hours on Tuesday morning from 9 a.m. to 11 a.m. prior to the service. Burial in Puritan Lawn Memorial Park, Peabody. In Lieu of flowers contributions can be made in his memory to the Home Base Program, MGH Development Office, 125 Nashua Street, Ste. 540 Boston, MA 02114.