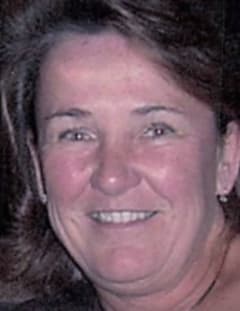 Suzanne (Bitchell) Smith, 72 of Peabody, died on Monday, June 28, 2021 at the Beth Israel Deaconess Hospital Boston after a three-year battle with ovarian cancer.

She was born in Salem MA on September 14, 1948, the daughter of the late Stanley and Virginia (Mahar) Bitchell and was raised in Peabody graduating from Bishop Fenwick High School in 1966 and later from Mass. School of Art in 1970.

Suzanne started her career as a flight attendant for TWA Airlines flying internationally for over 12 years. She then journeyed into the restaurant industry first as a co-owner of DADD’s Restaurant in Ludlow, VT., and later at Celebration Catering Service in Middletown, R.I. She later moved to Florida where she opened and ran the Sea Horse Restaurant in Sarasota, Florida before moving back to Peabody 3 years ago.

In her youth, she was a decorated lifeguard and became an accomplished competitive free style swimmer and Platform Diver. She also enjoyed skiing and became a ski instructor at Okemo and Stratton Ski Areas in Vermont.

She is survived by her life partner, William O’Brien of Peabody, her daughter and son in law, Meegan and Justin Allbright of Byron, NY, a granddaughter, Coral Allbright, her brother-in-law, Russell Henault of Peabody and sister-in-law, Ruth Bitchell of Byfield, MA as well as many nieces and nephews. She was the sister of the late Paul Bitchell and V. Elizabeth Henault.

So sorry to hear you lost your fight with cancer, I am sure you were a formidable force. My sympathy to William, whom I never met, and Your daughter Meegan ,who was too young to remember me. Susie and I were friends in Vermont, a very long time ago. An amazing hard working woman, and generous to her friends. To all who knew her and loved her, my condolences. Paula H (PK)
- Paula Harlow

Bill, So sorry for your loss. My thoughts and prayers are with you. Love and Peace, Cheryl❤️
- Cheryl Marr