Theodore N. Lazarakis, 104, of Peabody, passed away peacefully at the Rosewood Nursing Home & Rehabilitation Center in Peabody on Sunday evening November 7, 2021. He was the devoted husband of the late Lillian (Callas) Lazarakis for over 50 years and was the oldest WWII veteran living in Peabody.

Born in Newark, NJ, he was the son of the late Nicholas and Katherine (Lecakis) Lazarakis, a graduate of Peabody High School (1935) and enlisted in the United States Army in 1941.

After a year and half of duty in Iceland, Ted was transported to England as a member of the 1st Infantry Division, 16th Regiment where he boarded the USS Chase landing on Omaha Beach. “That day was like a nightmare, “he once recalled. He also played a key role as Squad leader in the Battle of the Bulge, one of the bloodiest battles of WWII. It has been documented that more than half of his company, known as “The Big Red One,” were either killed or injured. Ted was twice wounded and hospitalized in Belgium and Germany always returning to his unit. He saw combat for 3 ½ years from France, the Ardennes (Belgium) and Germany before his honorable discharge in 1945.

For his bravery, courage and love of country, Ted was awarded a Purple Heart with one Oakleaf Cluster, a Bronze Star for heroism, two Presidential Unit Citations, a citation from the French government, and four battle stars.
As a proud member of the Disabled American Veterans, Post 100, Peabody for many years, Ted retired from Post 100 as Senior Vice Commander.

Ted was predeceased by his brother Gus Lazarakis and his sister, Gertrude Lazarakis both of Peabody. He is survived by his nephew, Nicholas Lazarakis of Peabody and his niece, Catherine Morrissey of Methuen; cousins Helen Zorzy and Connie Pappas, both of Long Island, NY; and many great and great grand nieces and nephews.

Vising hours will be held on Friday from 11:00 AM until 12:30 PM at the Conway, Cahill-Brodeur Funeral Home, 82 Lynn St, Peabody, followed by his Funeral Service at 12:30 PM at the funeral home to which relatives and friends are kindly invited to attend. Burial will be in Cedar Grove Cemetery, Peabody.

In lieu of flowers, contributions can be made in Theodore’s memory to the Veterans of Foreign Wars, 20 Stevens St, Peabody, MA 01960. 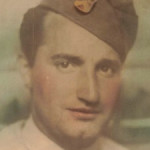 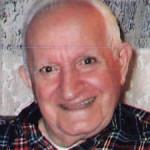