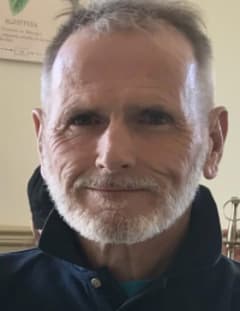 Thomas J. Wilson passed away peacefully in his home in Marblehead over the weekend at the age of 68 and is now reunited with his son, Brian J. Wilson. Tom was born and raised in Lynn, the son of Douglas A. and Catherine (Kennedy) Wilson. He was also preceded in death by his brother, Douglas J. Wilson. He spent most of his life there before his later years closer to the ocean in Marblehead. Tom is survived by his daughter Lisa Wilson, his sister Margaret Schenkel (Roger), his two grandchildren Magnolia and Rye, several nieces and nephews as well as a number of grand-nieces and nephews.

Beloved by friends and family across the country, “Tom,” ”TJ,” ”Uncle Tommy,” or just plain old “Tommy” was known for his wit, his willingness to help anyone with anything at any time and a personality that lent itself to easy friendship. Tom’s life will be celebrated on Saturday July 24th at 11am Mass at St Ann’s Church, 140 Lynn St. in Peabody, Ma. Burial will be private at a later date.

In lieu of flowers, a donation could be made in Tom’s memory to The Listening Place, 36 Michigan Ave., Lynn, Ma. 01902

I first met Tom when I was the manager of the Lynn office of East Boston Savings Bank. He and I had a common bond in our kids and he was always so kind and caring. I saw him again a few weeks ago at The 99 in Lynnfield and was delighted to give him a hug. He was a good kind and caring man who always had time to listen. You will be missed Tommy Jan Reardon
- Jan Reardon
Margaret and Roger, We just saw the notice of the passing of Tom. We are on vacation in New Hampshire and we send our sincere condolences. Will be in touch when we return. Marge and Jack
- Marge and Jack O'Leary

Tom and I shared many things in common. I can't recall the first time I met him on Waldron Street, but I consider him a true and loyal friend. His honesty, kindness and, of course, the impish twinkle in his eye will always spring first to mind when I think of him. He was incredibly helpful to me on too many occasions to count. That was his true nature... always there to offer a hand, share a story, or lend an ear... a noble man in a dark age when we need his kind the most. His absence leaves bare a hole in our hearts. Thinking of his family and all the lives he touched in many big and small ways.
- Melanie Andrews
Tom was a student of mine many years ago at Lynn English. Totally enjoyed Tom and his great personality. My condolences to the family as he was a truly nice "kid".
- Richard McGuinness

Tom holds a special place in my heart, he had a special relationship with our Mom, Gloria Wilson Dobson. He would visit her often in Sarasota after our Dad passed away in 2012. He helped her in so many ways, but most of all he was there for her when we couldn't be. He made many friends in Village Gardens. Be at peace, dear cousin. With love, Liz Dobson-Davis
- Liz Dobson-Davis

Tommy was a dear friend to My family and myself. We were great friends for decades. He had a kind heart and always willing to help in anyway he could with anything. We truly loved him as a wonderful man and I always told him that frequently. It was the last thing we said to each other and I will treasure that. We used to love to share gardening tips! We will miss him deeply. To his sister Margaret and the rest of his family we send our deepest condolences. Tommy was a good man. He is with God now and I take comfort in that. So much love! Jacqui and Dennis Barnes and Family xoxo
- Jacqui Barnes

We were truly blessed to have Tom in our lives as a dear neighbor for the last two years. He spent many afternoons in our yard with my 7 and 4 year old sons, planting wonderful flowers and shrubs, digging up treasures, and playing catch. His zest for life and compassion for others were easily felt in his presence. He had a huge heart, bringing by treats for the kids and always listening, checking in. We miss him so very much. We like to imagine him in wonderful place sharing his warm spirit, making things beautiful.
- The Hogan family (Patrick, Lindsey, Caroline, Charlie, & Tyler)
I will miss Tom's wit and friendship. He was humble and easy to talk to making friends so easily. Once you were his friend he would always want to help you in anyway he could. He made you feel like family. I bet Tom is visiting Gloria and they are trading stories and having coffee.
- Barbara Stockford
Tommy was the best. Bob, myself and my parents loved him. We still can't believe your gone. I'm so glad we got to spend time together last week. Peter left you to Bob when he passed . . . I'm sure you guys are raising "heaven" together. Forever in our hearts.
- Bob & Donna Russo
I was lucky to have known Tommy later in his life. He was an amazing man and someone I would always call a friend. Although I I had only known him a short time, Tommy was a beacon of happiness and I will be forever changed for getting to know him. Rest easy my friend. Love Mary'
- Mary Kalalas

When my husband Peter Molloy was alive, he and Tom were attached at the hip. They were together most days, and you would usually see each of them with a Dunkin Donuts coffee in their hand. Tom ate dinner with us on many nights and was just another member of our family. He loved poking around in our garden and he bought me a small hydrangea tree which has now grown much larger and is quite beautiful. I will always think of Tom when I look at that tree. I am sad he is no longer with us. My hope is that he and Peter are together again.
- Susan Molloy

Tommy was the boy across the street that always made me giggle. I was so fortunate to see him again, a few weeks back and he still made me laugh. You were Blessed by so many who Loved you, especially your Dear Sister who took such wonderful care of you and was always there when you needed her. Rejoice in Paradise my childhood friend....💖
- Margaret-Rose Principato
Tom was a special man with a big heart. Always a kind word with a gentle laugh. I'll miss my dear neighbor who lived above my apartment for 7 years. Sending my love to his family, friends and neighbors who miss him dearly. Peace, James Maroney
- James Maroney