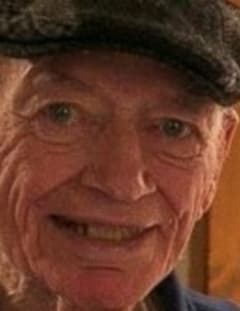 Peabody - Thomas Patrick Mulherin, 91, husband of the late Mary (Sullivan) Mulherin, died peacefully in his sleep on Wednesday, June 16, 2021 after a brief illness.

Born in Peabody, he was the son of the late Martin and Margaret (Boles) Mulherin. He attended St. Johns Elementary School and graduated from Salem Vocational High School in 1947. He entered the army in April of 1951 and was assigned to the 561st Engineering Construction Company at Camp Edwards MA. From there he was sent to Korea to serve his country in the Korean conflict.

After his time in the service, he worked at Hamblet and Hayes in the manufacturing department. He was soon promoted to a Sales Rep position where he spent the remaining 41 years of his distinguished career. Tom met many lifelong friends working in the Peabody Leather Industry throughout the years.

Tom was very proud of his Irish heritage. He was a 68-year member of the Division 11 Peabody AOH, winning The Irishman of the year in 1996. He enjoyed his many trips to Ireland with his AOH brothers and his son Kevin. His favorite location was the Woodfield House in Limerick where he often stayed with his son Kevin.

Tom enjoyed volunteering at the Peabody Senior Center with his friends Gene, Frank and Jim Connors as well as Jack Lawless.
In his later years Tom became a voracious reader and shared his large library of books with friends and family.

Surviving him are his son, Kevin Mulherin and his partner Maureen Splaine, Four grandchildren; Ryan Mulherin of Lynn, Shannon Howell and her husband Johnny of Chester New Hampshire, Matt Morrison and his wife Paige of Beverly, and Joe Mulherin of Peabody, and his great grandchildren Justin and Ella Howell of Chester New Hampshire. His sister Peg Lucy from Menden and her children Janet, Carol and Mary also survives him. In addition to his mother and father and his wife Mary, Tom was pre-deceased by his brothers, Joe and John Mulherin and his daughter in law, Nancy Gallagher Mulherin.

Visiting hours will be held at the Conway Cahill Brodeur Funeral Home, 82 Lynn Street, Peabody on Tuesday, June 22, 2021 from 4pm to 7pm. His funeral Mass will be celebrated at St. John the Baptist Church, 17 Chestnut St., Peabody, Wednesday at 11:00am to which relatives and friends are kindly invited to attend. In lieu of flowers, donations may be made in his memory to St. John the Baptist School, 19 Chestnut Street, Peabody MA 01960.

Tom, it was a legendary run! Thank you for everything!
- Ryan Mulherin

Sincere condolences to Kevin and the extended Mulherin family. We have very happy memories of Tom's visits to Castlebar and our father Paddy Kilroy always enjoyed meeting up with Tom. May Tom Rest in Peace. John Kilroy, Castlebar, Co Mayo
- John kilroy