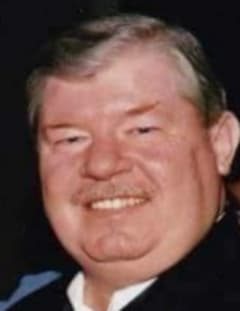 Walter L. Cody, Jr, 70 of Chelmsford and formerly of Beverly and Danvers, died early Monday morning at Care Dimensions Hospice House in Lincoln following a lengthy illness. He was the devoted husband of the late Suzanne M {Bedard) Cody.

Born in Boston, he was the son of the late Walter Cody and Lorraine {Doyle} Cody. He was raised and educated in Peabody and was a graduate of Bishop Fenwick High school, class of 1968. He lived with his daughter Kerrie and her family for the past 3 years.

Walter worked independently and with several companies within the North Shore area in the HVAC industry prior to his retirement several years ago.

Walter enjoyed watching all of the Boston Professional Sports teams, especially the New England Patriots. His favorite activity was sharing in the adventures of his beloved grandchildren as they enjoyed Horseback riding and hearing of their adventures in Scouting. Walter was very proud of their accomplishments, he loved them very much.

Walter is survived by his daughter Kerrie and her husband Chris of Chelmsford, his brother Thomas Cody of AZ, his three sisters, Marian Garabedian, Janyce Harkins and Lorraine Cone all of Peabody. His two grandchildren Connor and Keira Jackson of Chelmsford, and many nieces and nephews whom he loved very much. Walter was predeceased by his sister Judith Raponi and his brother Robert Cody

Funeral services will be held privately with burial in Puritan Lawn Memorial Park, Peabody. Arrangements were made by the Conway, Cahill-Brodeur Funeral Home, Peabody. To view on-line obituary and sign guestbook, visit www.ccbfuneral.com