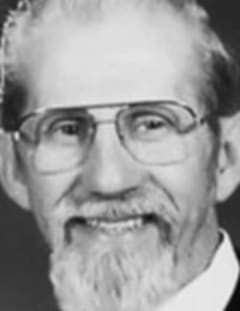 On February 17, 2021 our family lost a strong, but gentle, kind man in Robert Manuel Silva, who died peacefully, February 17, 2021, at Kaplan Family Hospice Center in Danvers with his 2 sons lovingly by his side.

Born September 18, 1931, he was the son of the late Manuel C Silva & Janet C Mallard. He dedicated his heart, soul and all worldly goods to his Queen of 66 years, Norma (Scarnegie) Silva, predeceased in 2019. Throughout his life he showed a selfless dedication to his family and a tireless work ethic, always giving of himself and his talents to others, never asking anything in return. As a young man, he would enjoy hunting with his father, then joined the Navy as a radio operator. He married Norma while still in the service, returned to Peabody, where he built a home for his family with his own 2 hands, living happily for most of his life.

He worked during that time as a glazier for Karas & Karas, doing other jobs in the evening to provide for his family. Later, he became a well-respected square dance caller, gaining a multitude of followers and friends. In retirement, he and Norma lived in York Beach ME and Naples FL. He was predeceased by his brother, Richard Silva, and sister Virginia Battles. He is survived by his two sons, Brian Silva & wife, Karen Love, and Jay Silva and his partner, Tina Boissonneau; His sister, Gail McSwiggin and husband Wayne, his cousin and closest friend, John Mallard and wife Linda; Grandchildren Melissa McGee and Sabrina Goss, and several great grand-children, nieces, nephews, and cousins.

He meant the world to those of us who loved him and will be sadly missed.

His funeral service will be on Saturday, May 22, 2021 at 11 AM at Conway Cahill-Brodeur Funeral Home, 82 Lynn St, Peabody, MA to celebrate his life. He and our mother Norma’s cremated remains will then be reunited, graveside, at Puritan Lawn Memorial Park, 185 Lake St, Peabody, MA. Masks and social distancing are required.